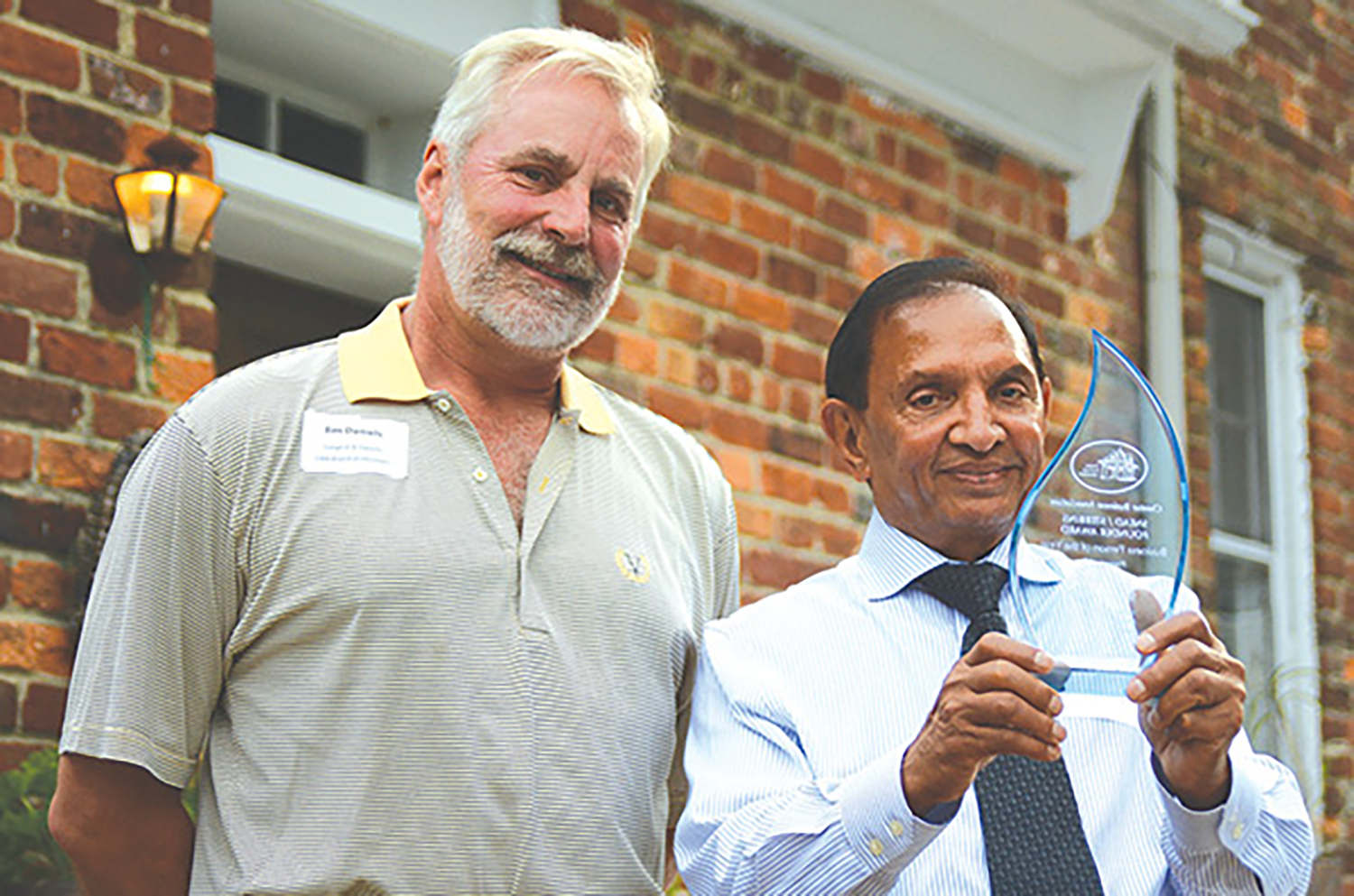 Co-founder of Shamin Hotels, P.C. Amin, has been named the Snead-Stebbins Business Person of the Year by the Chester Business Association. The presentation took place on June 20 at the CBA’s annual cookout held at the home of Jim and Robin Daniels. CBA President Elliott Fausz, along with CBA members George Emerson, Carrie Coyner, Sam West and Jim Daniels, all shared reasons why Amin was selected for the honor.

“What I think is important about P.C. Amin is … any time you did a deal with P.C. Amin, it was always with the highest level of integrity and it was always fair. And, I think when you look at how fast his business has grown and to be able to keep his standards the way he has kept it for all these years, it says a lot about the man,” Emerson said.

Coyner added, “P.C. Amin has done a lot to help the children of Chesterfield County. He never brags. He will never tell you the things that he does, but behind the scenes whenever there is a need for children in our community, supporting our local YMCA … he quietly steps in and fills whatever that need is … he does it and keeps on going.”

West said Amin was a man of few words when he served on the Arts Center Board with him.

“I can see him thinking, looking at the records, listening to what people are saying, but at the end of the day when he would speak up, it was very meaningful. He’s done a great job helping us get the arts center to where it is today,” added West.

After Amin received his plaque, he recognized all the hard work done by his son Neal Amin for Shamin Hotels. Amin gives credit where credit is due.

“All of my employees … they work very, very hard and make Shamin grow bigger and bigger, he said. “I not only want to thank Chesterfield, but Richmond and Virginia for accepting us. When I came from India I did not know proper language, or did not know proper manner or anything, but we were accepted. I have been here for almost 50 years and in 50 years I don’t remember any barriers considered. All I have gotten is love and affection … so thank you,” he said.

Based in Chester, Shamin Hotels was founded by Amin and his brother-in-law, B.N. Shaw, in 1979. Hence the name … first three letters of Shaw and last three letters of Amin. Shamin Hotels has become the largest hotel owner in the state of Virginia. They own 60 hotels across six states with more under development. Additionally, Amin has developed numerous assisted-living facilities and commercial developments. The Cultural Center of India located in Chester was spearheaded by Amin who serves as its chairman.

The Snead-Stebbins award is named in honor of Joseph Snead and Charles Stebbins who founded Chester in 1856.