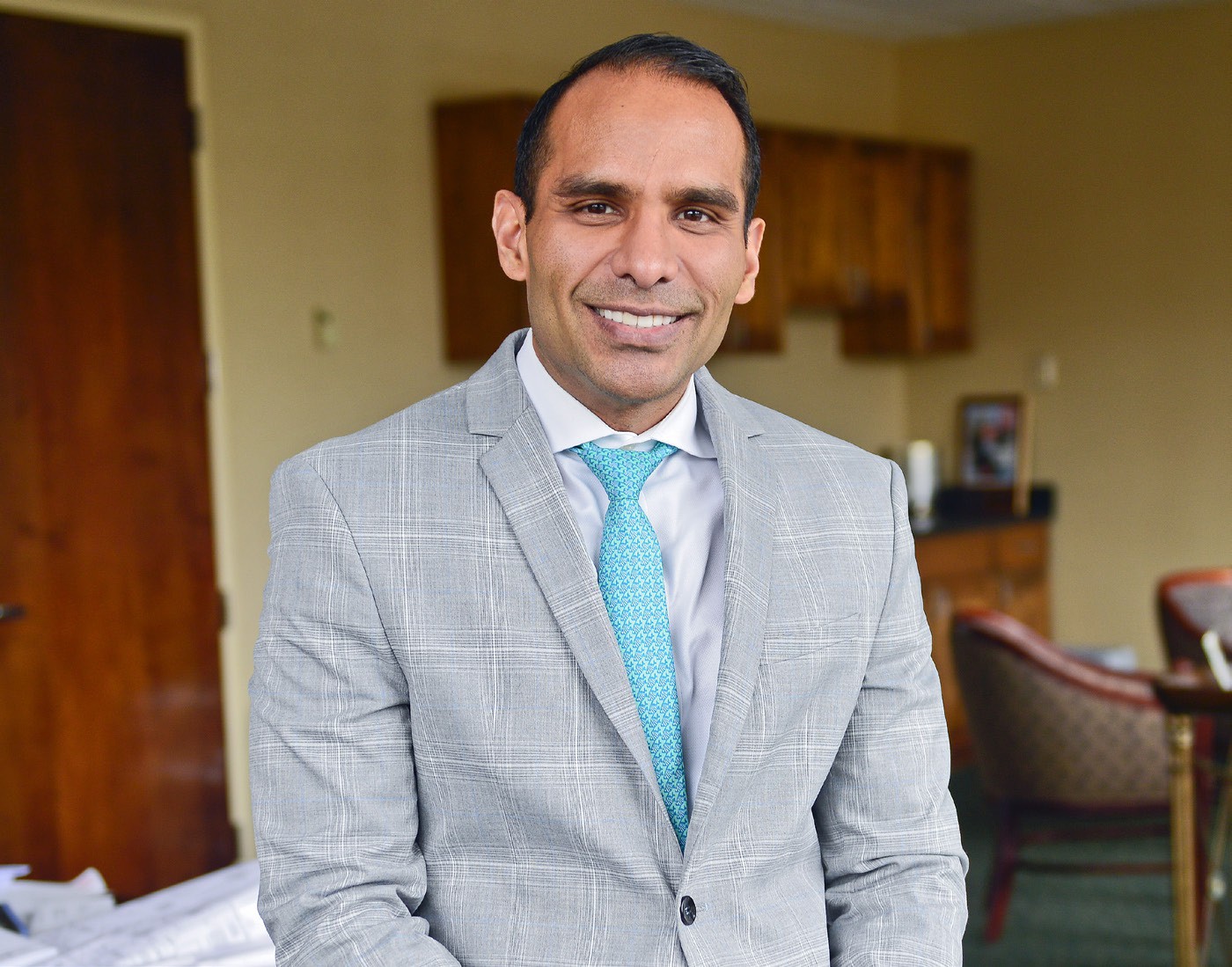 Four decades after its founding, the region’s dominant hospitality company has outgrown its humble Chester roots and become a major player in downtown Richmond.

Shamin Hotels, which earlier this month finalized the purchase of the Richmond Times-Dispatch building and an adjoining Franklin Street parking garage, plans to relocate its corporate headquarters there later this year.

It’s a significant acquisition for Shamin, owner of 59 hotels in six states and one of the largest independent hoteliers in the United States.

Neil Amin, the company’s president and CEO, noted in an email last week it was looking for more space and “a more centralized location” to accommodate its growing workforce.

“Shamin continues to grow measuredly inside and outside of our region, with 14 projects in various stages of development,” he said.

According to a story in the Times- Dispatch, Shamin bought the property for $14.5 million – significantly less than its city tax assessment of $20.3 million – and will spend an additional $1 million-plus to renovate the fourth-floor office space that it is leasing to the newspaper.

Shamin plans to use about 40,000 square feet of space on the third floor and will lease out most of the lower two floors to other tenants.

That’s more than twice the size of the company’s Chester headquarters, which totals 17,000 square feet in three buildings near the Interstate 95/Route 10 interchange.

“Part of the appeal of this larger building is the ability to centralize our warehouse, which holds replacement furniture and equipment for all of our hotels in the region,” Amin said in his email.

“We’re sad that their headquarters won’t be in Chesterfield anymore, but we’re thrilled to see that they need to expand,” Hart said. “We want our local companies to grow and thrive.” Amin’s father, P.C. Amin, came to the U.S. from his native India in 1970 and eventually made his way to Richmond, where he began working as an engineer with the Virginia Department of Transportation.

Nine years later, he and his brother-in-law, B.N. Shah, scraped together $625,000 to purchase a bankrupt hotel in Lumberton, North Carolina.

The company, named “Shamin” as a blend of the co-founders’ last names, put down roots in Chesterfield after acquiring a second property, the Old Stage Motor Lodge, near the Walthall exit on Interstate 95.

Shamin Hotels currently employs more than 3,000 people and owns hotels in New York City, Colorado, Florida and on the oceanfront in Virginia Beach, in addition to its more than 30 properties in the Richmond area.

P.C. Amin decided to build in Henrico County only after being rebuffed in several prior attempts to locate an upscale full-service hotel in downtown Richmond.

Now his company owns one of the city’s most prominent buildings.

“They made a really good business decision,” Hart said, noting that Shamin acquired the Times-Dispatch property “at a significant discount.”

As part of a 2019 agreement with Shamin to build a full-service hotel and conference center on a 13-acre parcel at the former Cloverleaf Mall site, the county offered to reimburse the company up to $2 million as an incentive to build or acquire a new location for its corporate headquarters in Chesterfield.

The math just didn’t work out. According to Hart, it currently costs about $300 per square foot to build new Class A office space in the Richmond area. That’s more than three times what Shamin paid for the Times-Dispatch building.

“There’s not enough incentive money in the world to overcome that discrepancy,” he said. “I wish we had a building [in Chesterfield] they could’ve bought for $100 a square foot, but we don’t. Most of our Class A space is leased up and what’s available is expensive.”

While it will be based in Richmond, Neil Amin said last week that his company “will continue to invest in many more new projects” in Chesterfield as part of a $125 million expansion he announced last year.

That includes the redevelopment of its Chester headquarters property and construction of an upscale 200-room hotel and conference center near the intersection of Midlothian Turnpike and Chippenham Parkway, which Hart said will be the “crown jewel” of the county’s Stonebridge development.

“We want to provide an upscale venue so our residents don’t have to travel outside the county and their tax dollars stay here, but we also want to attract business from across the river,” Amin said during the announcement of the project last June.

The county is providing Shamin with annual tax rebates to offset its expenses on the project, which are expected to be at least $30 million.

“If the project is successful, the performance agreement is successful – that’s how we structured it,” Deputy County Administrator Matt Harris said last June. “Given the reputation of the entity we’re partnering with, we feel very good about that part of it.”

Hart described the loss of Shamin’s corporate headquarters as “mostly symbolic.” He said the company will remain Chesterfield’s largest hotelier and continue to support a number of local philanthropic ventures – including the arts center currently under construction at Chester Village Green.

“They really do care about the community,” he added. “It’s not just lip service.”

Read the full story by the Chesterfield Observer here: http://bit.ly/38sCWBE