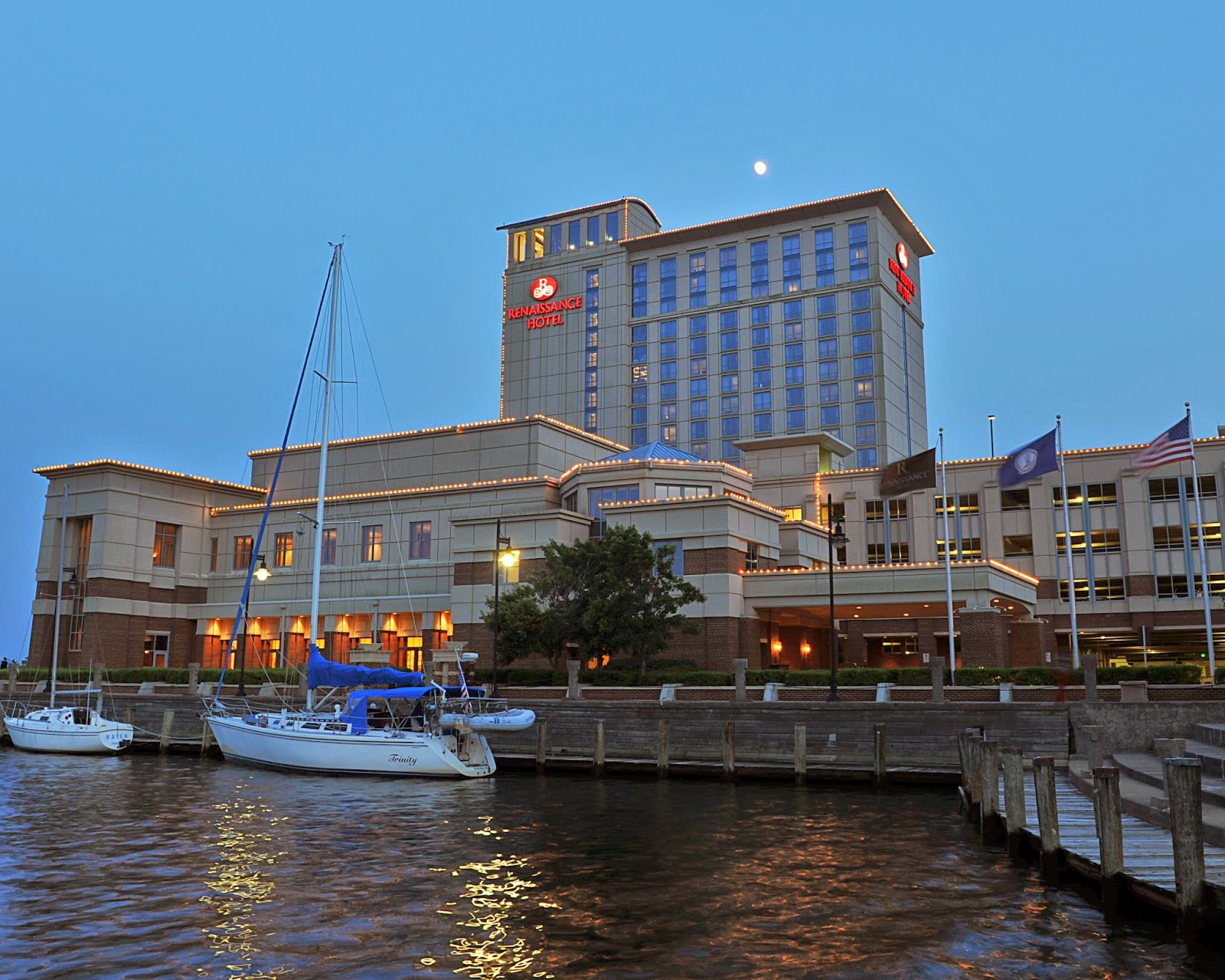 Positive changes appear to be coming for The Renaissance Portsmouth-Norfolk Waterfront Hotel. The downtown landmark built in 2001 has a new owner.

The 17-story, 249-room hotel and conference center overlooking the Elizabeth River and downtown Norfolk was purchased by Shamin Hotels on Feb. 1.

Neil Amin, CEO of Shamin, said his company bought the hotel for $9.2 million, after four months of discussion. And he has big plans for it.

The family-owned Richmond-based Shamin Hotels started in 1979. Today, it owns 49 hotels in Virginia, Maryland, North Carolina and Florida. The company said it has never sold one of its hotels.

Amin said construction work will begin later this year and into the following year to redesign and modernize the guest rooms, public spaces and food and beverage outlets.
We plan to rebrand and renovate the restaurant and bar to a new concept,” Amin said of the dining facility that has an outdoor area overlooking the river. “We are going to significantly upgrade the food and beverage offerings.”

While the construction is going on, Amin assures the hotel will remain open and maintain a positive guest experience. The name will remain the same and all employees have been retained.

Mallory Butler, director of economic development for Portsmouth, has been working with Amin since the property went under contract and said she is excited about his ideas for the property.

Portsmouth Mayor John L. Rowe Jr. said: “His vision fits exactly with what we want on the waterfront: activity and an explosion of life. Think of someone on the HRT ferry coming to Portsmouth from Norfolk and they see the light and life at the hotel. This will give us an anchor at the waterfront.”

“Portsmouth is a very quaint, historic city and we are indeed excited to be able to attract such a hotel developer to have an interest in our city and see so much promise,” Pettis Patton said.

“It’s a beautiful property with a tremendous location,” Amin said. “We really believe in the future of the Portsmouth area and we’re excited to be a part of the city and community.”