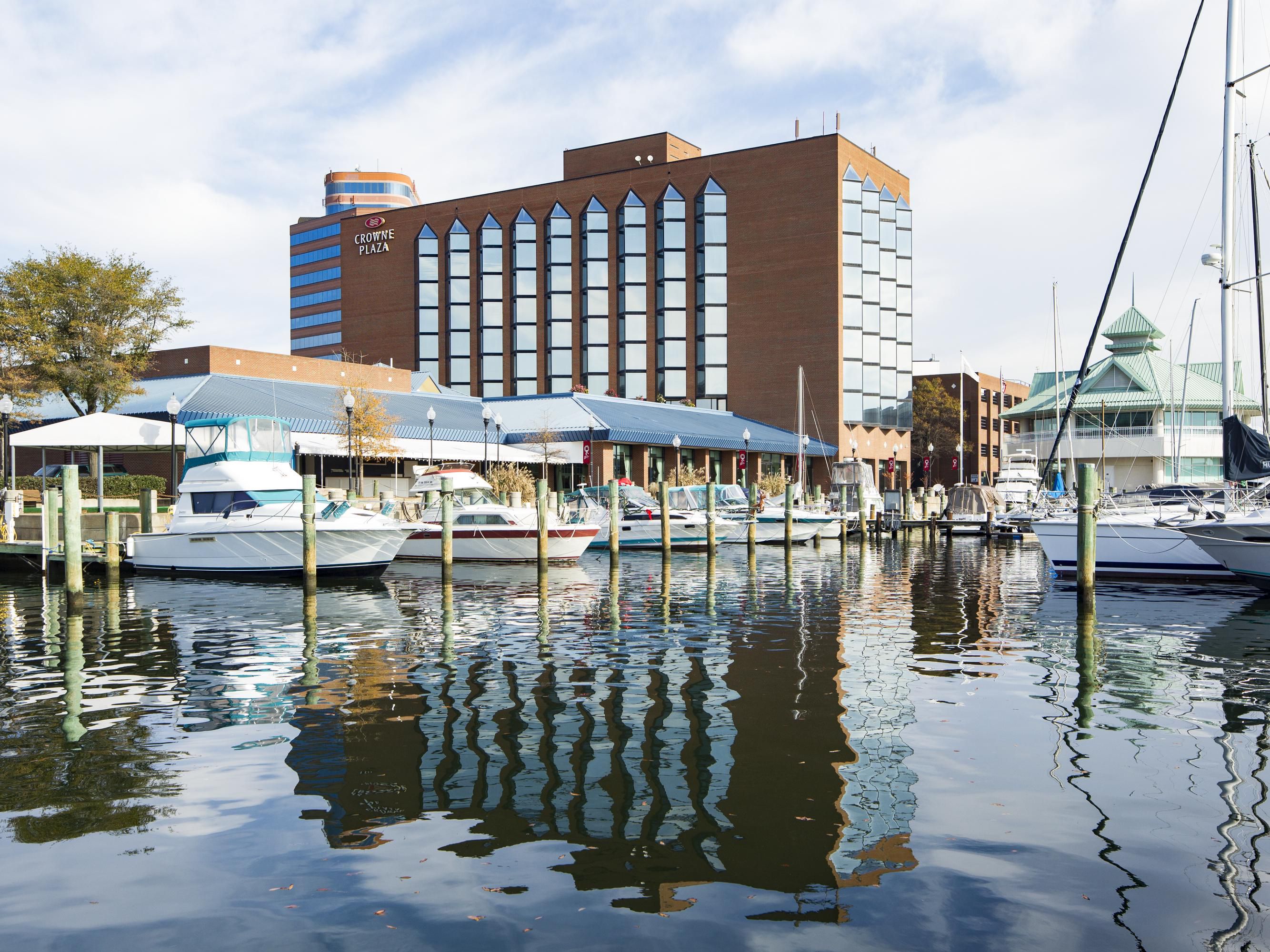 Shamin Hotels has bought a hotel in downtown Hampton that will be rebranded as one of the first in the country to operate under Hilton hotel’s new Tapestry name and concept. Buying the Crowne Plaza Hampton Marina Hotel also marks the 50th property owned by the Chester-based company, which started in 1979 and has grown to have hotels in three other states. It is the Richmond region’s largest hotel operator with 34 hotels. Terms of the deal, which closed late Tuesday, were not disclosed. Shamin paid $5.65 million to buy the property from Williamsburg-based Sotherly Hotels Inc., which had acquired the Crowne Plaza in 2008. The 173-room Crowne Plaza, which overlooks the Hampton River, was one of the first properties approved in the new Tapestry Collection by Hilton, which is the hotel chain’s 14th brand, McLean-based Hilton said.

Tapestry-branded hotels are designed to appeal to travelers looking for comfort, convenience and reliability while still giving each hotel its own individual design and spirit, Hilton said. The idea is to offer guests an experience that is familiar — and backed by the Hilton name — yet still have an independent boutique feel with distinctive experiences. Being one of the first in the country to be approved as a Tapestry-branded hotel speaks to how strong the location is, said Neil Amin, Shamin’s president and CEO and son of the company’s co-founder.

“It is a tremendous destination,” Amin said. “Historically, travelers have focused on a consistent experience when they travel. Now, travelers want unique hotels. That is why the Quirk (hotel in downtown Richmond) and other hotels are opening up because they are unique. Travelers want something that is different and unique.”

The Crowne Plaza already has some distinctive features, he said, including a couple of restaurants overlooking the Hampton marina and a rooftop pool. A Bull Island Brewing Co. brewery is onsite. The hotel also has about 11,000 square feet of event space. Shamin’s team is in the process of redesigning guest rooms and public space of the Crowne Plaza property — to be renamed the Hampton Marina Hotel part of the Tapestry Collection by Hilton. Construction should start toward the end of the year and be completed in late 2018, Amin said.

“Our teams have collaborated on many outstanding projects across our brand portfolio and in so doing striving to provide our guests with the most unique and memorable experiences,” said Matt Wehling, senior vice president of development for Hilton, in a statement. “And we look forward to continuing that partnership with our newest brand — Tapestry Collection by Hilton.”

Six other hotels have signed letters of intent with the Tapestry Collection — two in Indianapolis and one each in Syracuse, N.Y.; Chicago; Nashville, Tenn.; and Warren, N.J. Another 35 deals are in the works, Hilton said.

The Crowne Plaza acquisition is the second purchase in Hampton Roads that Shamin has made in the past week.

Shamin bought the 249-room Renaissance Portsmouth-Norfolk Waterfront Hotel in downtown Portsmouth for $9.2 million on Feb. 1. Shamin now owns nine hotels in Hampton Roads. The acquisition in Hampton also was a milestone for a company that started from humble beginnings in 1979. Amin’s father, P.C. Amin, who had immigrated to the U.S. from India and was working as an engineer for the Virginia Department of Transportation, and his uncle, B.N. Shah, bought a struggling hotel in Lumberton, N.C., with their modest savings, credit card advances and loans. They called the company Shamin Hotels, created as a combination of their last names.

Amin, who was born a year before his father and uncle opened their first hotel, said he and their family never expected to operate 50 hotels. “We have a very good team. They are really the ones who got us to this milestone and deserve a lot of the credit.” The company plans to continue growing, but it wants to acquire hotels or build ones that are distinctive.

“We have a great team, and we can take a little more risks and do some transformational projects. That’s where we are focused now,” Amin said.

For instance, plans are underway to convert an eight-story building at Fifth and Franklin streets in downtown Richmond into an 87-room Moxy hotel, a new Marriott-branded boutique property geared toward millennial travelers. Landing a Moxy was a coup for Shamin, as only two U.S. locations have opened and a handful more are slated to open this year.

Renovation should begin in the next month on the Moxy project with construction taking about a year to complete, Amin said.